Some years ago, the very night that I broke my leg, a most unique looking cat with Siamese features and crystal blue eyes showed up, seemingly out of the shadows of the night and began to swish between and around my ankles (I can’t resist writing here that she gave me a CAT scan).  This cat continued to appear each time I would leave my building for doctor appointments or x-rays.  One day, she led me up the stairs and stopped at my door with her back to me, waiting for me to open it, as though she planned to go in.  I leaned over and told her gently, three times “You don’t live here, go outside.”  She went away and I didn’t see her ever again though neighbors reportedly did. 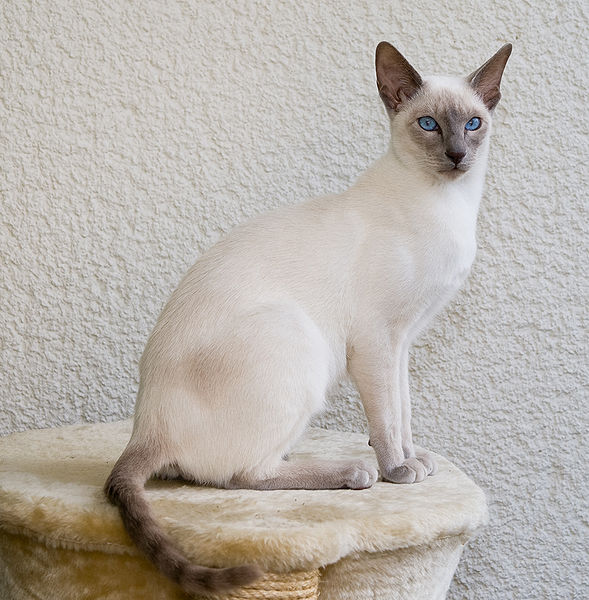 This cat photo is solely for illustrative purposes.

I once told a relative the story, a young married woman who is a member of the Breslav Hassidic sect.  She told me that she learned that when a cat follows you and doesn’t let up, it is a reincarnation of a soul who had to find you to repent for a wrongdoing that it did to you in its past life as a human and that the human then has to tell the cat, three times “You’re forgiven, you’re forgiven, you’re forgiven,” because that soul will continue to be trapped until it has been forgiven and set free.  After one says these words, to be repeated three times, the cat will then go off and die in some manner and its soul will then be freed to go to a better world.  She said that this is a very potent verse and that it really does work. 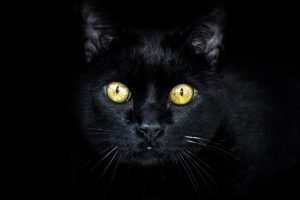 This cat photo is solely for illustrative purposes.

Well, like in most cases, I took her words in and forgot about it until one night, I was out on a walk with my dog, Pnina Rosenblum.  Out of the shadows, there suddenly appeared a black cat who hissed and swiped her claws at Pnina.  Pnina was taken aback and bewildered, as most cats would keep some distance.  I take a stick when I walk and often get other animals to move back or away by tapping the stick on the sidewalk, pavement or a wall.  This cat not only didn’t go away, it grabbed the stick with its two front paws.  I looked right into its yellow eyes and told it in Hebrew, “You’re forgiven, you’re forgiven, you’re forgiven.”  That said, it was as though the lights went out in its eyes.  The cat took a few steps forward and lay down.  I thought it was playing lying down and continued to walk with Pnina.  We walked by it another time and with the wind blowing through its fur, I wasn’t sure whether it was alive or not.  Finally, on the last time I passed by it with my dog, I went up to it from behind and gently touched it with the tip of my stick and realized that it was lifeless.

I do want to say something here to all my readers.  Be careful, VERY careful, with doing things of which you hear, even in passing or from a source you might doubt and do not mess around with things you know nothing about.  As a mystic and, Baruch Hashem, spiritual person, I understood that this must have been the way G-d intended but I assure you, there are many who would remain spooked for a long, long time from such a story.