How I Stopped a Romance Scammer

I suggest you read this through to the end. It COULD save you money, time and a lot of headaches.

Some days ago via Facebook, I received a “Friend Request,” in the form of a very polite message in my “other” folder by a man whose profile name was Micheal Miller. I was, as usual, cautious and asked questions about him. He told me the tale of the Vale of Sorrows, how every close loved one died and how he is widowed with only a daughter. I found his English stilted and told him that I strongly suspected he was from Eastern Europe and not, as he insisted, born in Alaska and from Birmingham, Alabama. At times the English was perfect and I suspected copied and pasted from Google Translate or from some other Website.

The man claimed to be a petrochemical engineer and when I asked him relevant questions, he obviously copied and pasted replies in unblemished, flowing English, from some other site.

He tripped himself up regarding his alleged ten-year-old daughter, telling me different things on different occasions but not forgetting to keep telling me that his daughter has a maid. The only photo that showed his left hand showed that this man wears a wedding ring. Without asking any real questions about my life, he suddenly wanted to know whether he had a chance for a place in my heart, etc., etc. His profile gave practically NO information about him, even his friends’ list was not visible – I did not even appear on his friends’ list. 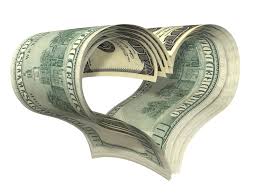 Being as busy as I am, I had little time to investigate any of this and just took it at face value and chalked it up to just some more Internet chat and nothing more. This man increasingly sounded to me like some Nigerian scammer or some other kind of scammer.

Today I am at home, ill with a bug that gave me a sore throat, swollen breathing passages and a bad stomach. Apparently I became dehydrated when I walked in very hot weather to shop and back home before the holiday – I spent the entire holiday with tissues and liquids. As we Jews believe, it is all for the best.

Conducting several searches in different ways, I found versions of his “tale of woe” on a site called http://www.romancescam.com/forum/viewtopic.php?f=3&t=44779&start=15 .

Furthermore, I searched his images and, voilà, found the Facebook profile of https://www.facebook.com/andrzej.ostrowski2/photos .

I tried to report the fake account to Facebook and I hope my message gets through because, instead of being able to write them a thorough account, I could only check off whatever pre-written options they provide. All this resulted in was that his messages to me are no longer visible to me. I also wrote a note to Mr. Ostrowski alerting him that his photos were used in a scam profile.

This guy tried to mess with the WRONG gal. Ladies, beware but men, know that there are also women who operate in similar fashion.

Special thanks goes to Google Images. If not for that tool, I would not have come to the bottom of this in so efficient a manner.

Thank you to Google Images!